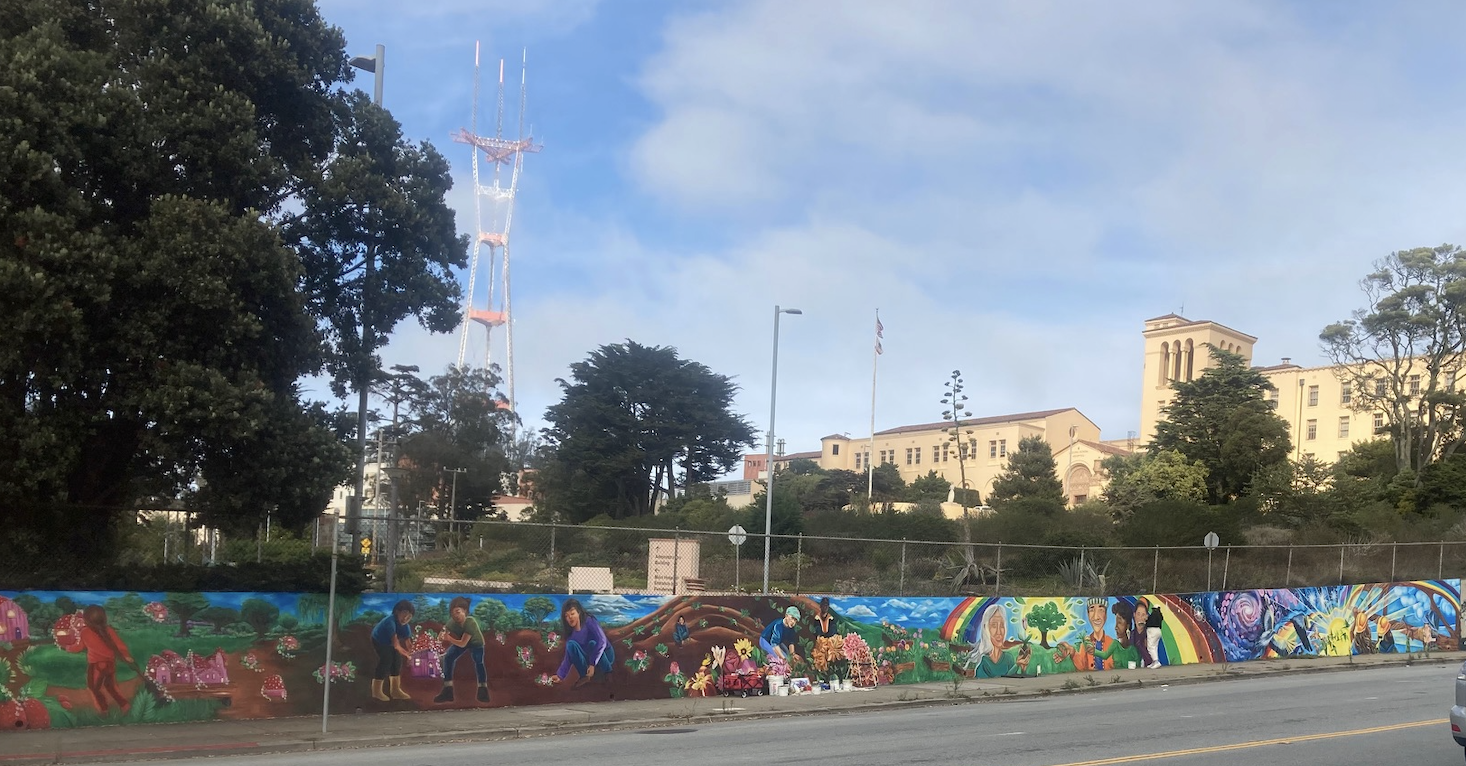 The Laguna Honda Hospital Mural:
​A Long Walk Through Local Landscapes and History 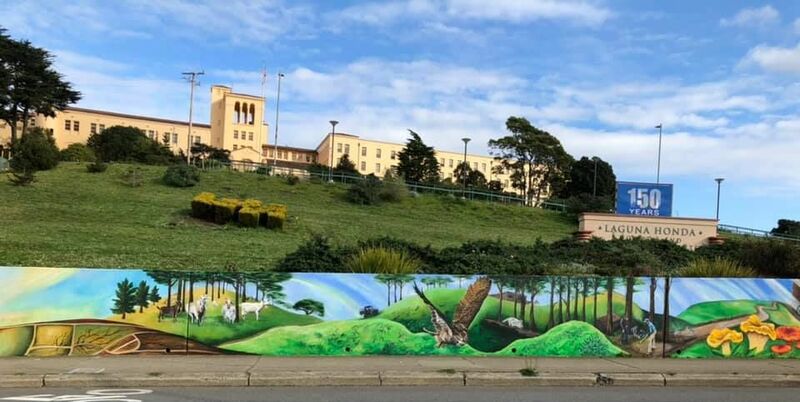 Native flowers (mariposa lily, Douglas iris, rose hips) and the SF Department of Public Works goats.
The 600-foot mural follows the contours of a retaining wall at the base of a steep hill.  It's next to impossible to get a full panoramic view of the mural and not get hit by a car. Just walking alongside it takes a good 15 minutes.
​
This is the Laguna Honda Hospital mural, completed in February by a team of Precita Eyes artists and community members. At its base, the mural opens onto the world of the Ohlone before the arrival of Spanish settlers, then traverses the history of the site from the Rancho San Miguel land grant, the first municipal poorhouse and hospital, the tunnel and trains that connect the west side neighborhoods of Twins Peaks, Sutro Tower, the Midtown Terrace, West Portal and Forest Hill, and, in the horizon, downtown San Francisco, the Pacific Ocean, and the future.

The mural's exuberant flora and fauna are already celebrated, with one of its Great Blue Herons on the cover of Bay Nature magazine, a tribute to the scientific rigor of its imagery.

"The job of an artist is to visualize a story," says lead muralist Elaine Chu, who partnered with her Precita Eyes colleague Yuka Ezoe on the project. Both are star collaborators with Precita Eyes Muralists, with Ezoe heading its education program and Chu playing a coordinating role. In addition to their prolific output with Precita Eyes, both are sought-after artists with their own mural enterprises. (Chu is half of Twin Walls Mural Company; and Ezoe is half of Bahama Kangaroo. )

The Laguna Honda mural has been "a journey of research, funding, community building, chipping walls and nonstop painting in the heat and cold," says Chu. It began when the hospital commissioned Precita Eyes to paint a mural marking its 150th anniversary, celebrated in 2016, and its legacy of care to San Franciscans in need.

Initial funding came from the Tides, Zellerbach Family and Fleishhacker foundations. The second and third stages were funded by SF District 7 participatory budgeting grants, with local residents voting it as their favorite project.

"We were lucky to have met Supervisor Norman Yee at a Midtown Terrace neighborhood block party," says Chu. "He loved our mural idea and encouraged us to apply. So we gave it a try."